The Burden of Poverty

Poverty is a critical challenge, as it was in Eastern Europe between the two world wars. Diminishing welfare transfers, decreased yeshiva budgets leading to higher tuitions, the skyrocketing costs of housing for young couples, and the lack of inherited resources from previous generations have combined to push many families to the brink of poverty and beyond. 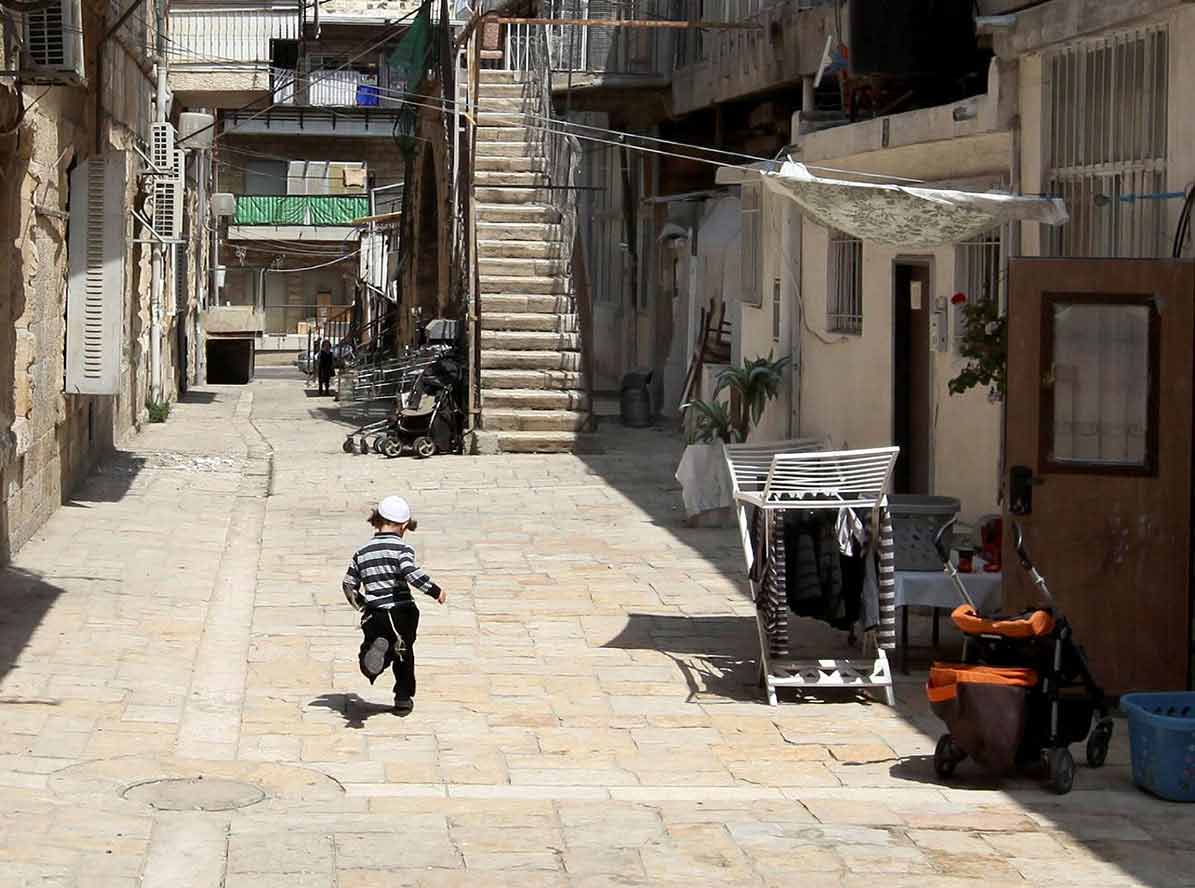 In response to these financial difficulties, many people would travel abroad to collect funds. These fundraising attempts were mainly directed at a select group of wealthy individuals and were not reaching the masses, the “Amcha Bais Yisroel.” However, the reality really required a response that would include everyone. The Adopt–a-Kollel response calls for every shul around the world to adopt a Kollel in Eretz Yisroel and underwrite a portion of the Kollel’s budget. Small donations add up quickly, and as each shul member commits a small amount each month, it is a substantial starting point for the Rosh Kollel. The “adopting” also gives the Rosh Kollel an entry into a kehilla in Chutz La’aretz, where he will be welcomed with respect and honor. 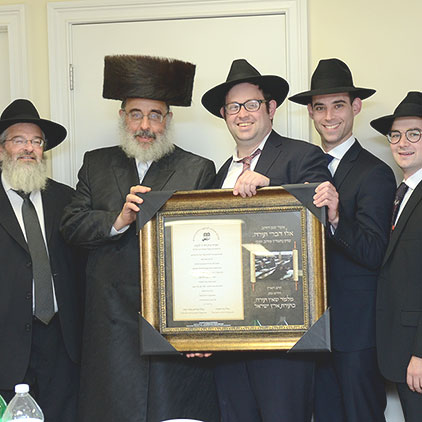 Include all of Klal Yisroel worldwide

Provide assistance and chizuk to the Rosh Kollel

Provide caring support to the avreichim

To give everyone in Klal Yisroel an opportunity to have a chelek in the response. By making small donations each month, every individual in every community can claim his share in Hachzakas Toras Eretz Yisroel.
By adopting a Kollel, we give a tremendous amount of chizuk to the Rosh Kollel. Aside from the financial assistance, he now has menuchas hanefesh day to day, and his trips abroad have been transformed to fulfilling, honorable and heartwarming.
Our nesius ohl and areivus are a tremendous chizuk to the yungeleit in the adopted Kollel. As they sit in Eretz Yisroel learning, they have yishuv hadaas knowing their counterparts in America care about them and have taken action to help.
Last but not least, by adopting a Kollel, Shul members assist in a very real and tangible way with the financial needs of the Rosh Kollel and the Avreichim. Although each individual is only committing to small money, it adds up quickly and makes a true difference. It also creates a special kesher between the mispallelim and the Kollel and everyone has an aliya.

Include all of Klal Yisroel worldwide

Every Jew has the opportunity to take part in the response. By making small donations each month every individual in every community can claim his share in supporting Torah in Eretz Yisroel.

Provide assistance and chizuk to the Rosh Kollel

By adopting a Kollel, we give a tremendous amount of chizuk to the Rosh Kollel. Due to government budget cuts in the Kollel stipend, he was suddenly faced with a huge fundraising deficit and had no idea how to meet his monthly budget. Aside from the financial assistance, he now has the menuchas hanefesh day to day, and his trips to America have been transformed to fulfilling, honorable and heartwarming visits.

Provide caring support to the avreichim

Our nesius ohl and areivus are a tremendous chizuk to the avreichim in the adopted Kollel. As they sit in Eretz Yisroel learning, they have yishuv hadaas knowing their counterparts in America and beyond care about them and have taken action to help.

Last but not least, by adopting a Kollel, shul members assist with the financial needs of the Rosh Kollel and the avreichim in a very real and tangible way. Although each individual is only committing to small money, it adds up quickly and makes a true difference in the Kollel’s bottom line. When a percentage is automatically covered every month, it gives a solid base and the motivation to meet the rest of the budget. It also develops a special kesher between the mispallelim in the shul and the avreichim in the Kollel.

Q. Do any Rabbanim in America endorse Adopt-a-Kollel?

Yes. We have the universal support of Gedolim, Roshei Yeshiva and Rabbanim from across the spectrum. To name just a few, the Skulener Rebbe, HaRav Ahron Schechter, the Novominsker Rebbe zt”l, Chacham Yosef Harrari Raful and the Rachmistrivka Rabbe have all given their enthusiastic endorsement and support and have instructed their kehillas to join the program.

Q. Do any Gedolim in Eretz Yisroel endorse Adopt-a-Kollel?

Yes. We have the encouragement of and have received brachos from a wide gamut of prominent Gedolei Eretz Yisroel. All shaylos, even the most mundane, are determined by Daas Torah.

Q. Does Adopt-a-Kollel have an affiliation with any specific group?

Adopt-a-Kollel is a totally independant organization, not affiliated with any group, organization or Rav. The beauty of the structure is that the Rav and Shul representative do their own due diligence when choosing a Kollel and Rosh Kollel to make sure it is in line with their hashkafa positions. Adopt-a-Kollel helps facilitate, but the decision resides with each Rav/Shul and we encourage them to make a deliberate decision.

Q. Perhaps the yungeleit can find jobs? Do we need so many people in Kollel?

Every avreich has his own Rav or Rebbe who helps him make his decisions. The way the program is set up, every Shul handpicks its own Kollel, and thereby chooses a Kollel with avreichim of whom they are proud and whom they believe should be from the Yissachars of our day. Either way, in times of challenges, we really should put aside such debates and focus on making sure that all Jewish families have basic necessities.

Q. My community has its own mosdos to support. Don’t Aniyei Ircha come first?

The objective of Adopt-a-Kollel is to add another few dollars from each person, each according to his own comfort level, without diverting tzedakah funds from other local organizations. The goal is full participation of Shul membership, rather than a specific dollar amount.

As the Horodenke Rebbe of Manchester said – “While it is true that we have our own mosdos in town, we do not have children going to school on empty stomachs. Poverty of this sort requires our support.” HaRav Avrohom Chaim Levin Zt”l said to a number of communities facing this question, “If they will help support Torah in Eretz Yisroel, they will see hatzlacha with their local mosdos as well.” As the Novominsker Rebbe Zt”l, HaRav Yaakov Perlow Zt”l, said at the Keynote Session of the 2014 Agudah Convention, “There should be no frum kehillah in this country that doesn’t adopt a Kollel in Eretz Yisroel.”

Q. My Shul is comprised mainly of Klei Kodesh without much money to spare. How realistic is it that we can actually adopt a Kollel?

You’d be surprised. There are all types and sizes of Kollelim and Adopt-a-Kollel can help find the right match. Even a small amount of money from each mispallel adds up to help the Kollel. The aim is not to fully fund a Kollel, but rather to provide some assistance. Perhaps even more importantly, it allows each mispallel, especially those who are not of means and never had a chance to help a Kollel and its yungeleit, to have a true chelek in Hachzakas Toras Eretz Yisroel, and make a real difference to the Lomdei Torah.

Q. We have our own Kollel learning in the Shul and we are struggling to cover that. How can we take on another Kollel?

Adopt-a-Kollel is a small money campaign and should not impact the funding of your local Kollel. Local Kolleim are generally funded by a few individuals and not through the small donations of the general public. Moreover, we have seen repeatedly how becoming part of the worldwide Adopt-a-Kollel initiative enhances the pride in the local Kollelim, and encourages support of the resident Kollel.

Q. How does small money make a difference?

Small money adds up quickly. Our model is for a Shul to provide $150 a month per Avreich. As Rav Shimon Galei shlit"a told a group of Adopt-a-Kollel askanim, “There is a ripple effect from the small dollars. From your donation, you give chizuk to the yungeleit, which enhances their Limud HaTorah, enhances their Shalom Bayis, enhances their children’s Limud HaTorah and enhances the other Kollelim in town. It also gives the Rosh Kollel the chizuk and the impetus to meet the rest of his budget.”

Q. How do I know that my donation goes directly to the Kollel?

Funds are deposited directly into a Shul account and the Shul transfers it to the Kollel. No monies pass through Adopt-a-Kollel, nor does Adopt-a-Kollel charge any fees.

Q. Is any special knowledge needed to set up a Shul account for this project?

It is best to consult your legal professional as to how it should be set up. We will be glad to provide a copy of guidelines (for Shuls in US).

Q. Who pays for the overhead of the organization?

All of the overhead costs are covered by private sponsors so that every penny collected goes to the Kollel.

Q. Why can’t I do this on my own? What does Adopt-a-Kollel offer in the process?

Adopt-a-Kollel arranges the logistics and provides support and materials. This allows the Rosh Kollel to maintain his status as a Talmid Chochom and not a fundraiser. It also gives a professional feel and creates an environment where participating is an opportunity, not a solicitation. The Adopt-a-Kollel structure has been successful with creating and maintaining close to 300 partnerships.